"Consistency is embedded within the persuit of perfection"

Our vision is to be the very best kicking specific academy on the forefront of developing talented kickers with our dynamic coaching style, technique drills and training methods. We teach both Rugby and American Football kicking techniques and we are committed to finding and refining talent and developing careers to the next level - be it in Rugby or American Football. 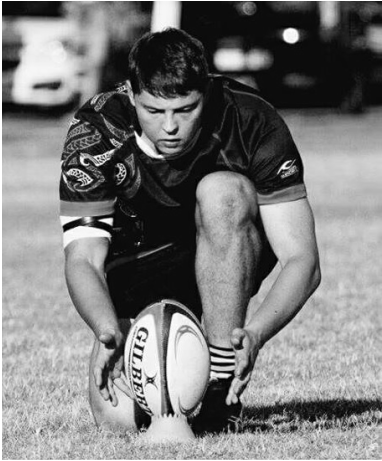 Henry Nell set to workout for Albany AFL team in Orlando, Florida in 2018 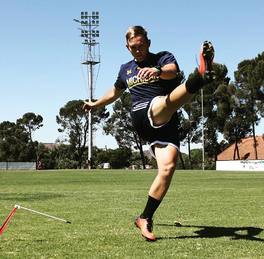 ​Twenty year old Henry Nell has been training at the Academy for 2 years and is set to workout for the Albany AFL team in Orlando, Florida in February 2018. Henry, who transitioned from Rugby to focus on kicking Fieldgoals has progressed extremely fast in technique. At 20 years young, Henry hopes the AFL will give him the experience he needs to kick at NFL level. Henry will be training with former NFL kicker Mike Hollis in Jacksonville. We are confident that Henry has what it takes to kick at a Professional Level.. We have worked hard on this two year project,. Enjoy it Henry, we will surely miss you here! 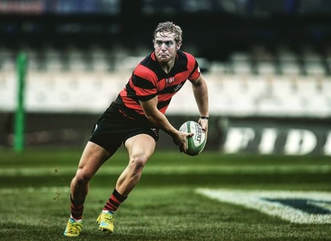 Bright young Flyhalf Garrick Mattheus joins us in a bid to improve his technique. Garrick played his High School Rugby at Grey High in Port Elizabeth before joining the EP Kings for the 2016/17 Currie Cup. He has now been contracted by the Blue Bulls for the 2018 Currie Cup season. We look forward to working with Garrick and wish him luck with the season ahead!

Click on the button below to see Garrick's 2016/17 season Highlights.
Highlights 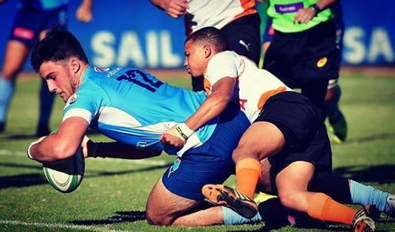 Jordan Holgate grew up in Cape Town and played his High Scool Rugby at Wynburg Boys. After school Jordan spent a year in Australia at the Junion Western Force setup. He now finds himself in the Junior Bulls setup where kicking has become one of his primary focus points, With the right technique and training Jordan will kick 60m goal kicks in no time.

Click on the button below to view Jordan's Highlights.
Highlights 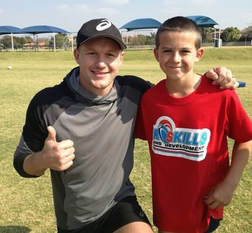 ​​Isak Cloete, Rocketfoot prodigy played an exceptional season with Witpoort Primary School. He kicked his u11 team through the Quater and Semi final of the City Cup. Isak converted both his team's tries to win the final 14 - 10. He will be playing scrum-half for the first team in 2018 and we look forward to more success. Isak is a special talent and has a bright future ahead of him. He has confessed that his love for Rugby knows no bounds but the idea of Kicking for an NFL team is  not a far off career prospect. The young man certainly has a head on him All I know is that when Isak is 18 years old his post box will be over flowing with Scholarship offers and professional opportunities.

​Click on the button below to watch Isak plays dentist and remove his milk tooth with a kick at one of our sessions!
"Rocketfoot Dentist"

​At his final prize giving in his final year of Primary School Hendrik Smith was awarded Rugby Player of the Year. Hendrik, who has been training with the academy for some time will follow in the footsteps of Riekert Barnard when he enrolls at HTS MiddelBurg in 2018. The future is bright for this young flyhalf who at age 13 can kick 50m goals. We are excited to see what he achieves at this strong Rugby School in the years to come. To 2018 and beyond! Congratulations Hendrik!

Ruavan Ferreira was awarded the Backline Player of the Year award at Laerskool Anton van Wouw. He has worked with the Academy for the past 5 months. The strides Reuven has taken as an all round utility back is tremendous. He can play just about anywhere. Reuven enjoys he's kicking. Although a lot of hard work still lies ahead, we see great things for him in the future. Apart from Rugby, Ruavan is also an avid Cricketer and plays Wicket Keeper for his school team. Well done Ruavan!